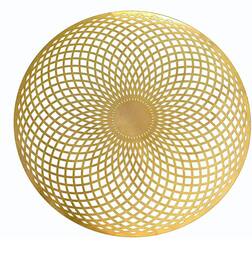 “The self in a toroidal Universe can be both separate and connected with everything else.”
​
For example, our Sun has a large toroidal field surrounding it — the heliosphere — that is itself embedded inside a vastly larger toroidal field encompassing the Milky Way galaxy. Our Earth’s magnetic field is surrounding us and is inside the Sun’s field, buffering us from the direct impact of solar electromagnetic radiation. Earth’s atmosphere and ocean dynamics are toroidal and are influenced by the surrounding magnetic field. Ecosystems, plants, animals, etc all exhibit torus flow dynamics and reside within and are directly influenced by (and directly influence) the Earth’s atmospheric and oceanic systems. And on it goes inward into the ecosystems and organs of our bodies, the cells they’re made of, and the molecules, atoms and sub-atomic particles they’re made of…

This insight is profound in its implications, especially when we consider that even the most fundamental energy event — a photon of light — can be seen as a toroidal fluctuation emanating from the underlying Unified Field. This suggests that, even within the non-manifest state of the Unified Field there is potentially a current flow occurring, though within a dynamic equilibrium that maintains the balanced structure of the Field until such time as enough localized spin occurs and a photon (and all else in the known universe) emerges into an observable state. (The dynamics of dark energy and dark matter may well be explained by this concept, as will be explored elsewhere.)
"The first significant challenge to mechanism came from Einstein, who claimed there were deep contradictions in the very notion of an independently existing particle. He proposed that what we normally think of as a particle is actually a temporary localized pulse emerging from a larger field, very much as a vortex temporarily forms from the dynamic flowing of a stream."
From The Essential David Bohm.

Centered By Stillness
Continuing our exploration of the torus as a form and flow process, one of the key characteristics of it is that at its very center, the entire system comes to a point of ultimate balance and stillness — in other words, perfect centeredness. Like the center point of the vector equilibrium, this is the center point “singularity” of the torus. And since we’re really talking about a unified model of cosmometry (even though we’re describing the model’s constituent parts “separately”), this center point is one and the same in both the VE and the torus. In the VE, it’s the center of the system in its state of unmanifest perfect equilibrium. In the torus it’s the center of the system in its state of manifest flow process.
As in the case of a black whole singularity at the center of galaxies, this center point within all systems connects the system continuously with the underlying Unified Field (energy and information return to the zero-point source state of infinite density via a singularity). In this way, everything is unified and holographically present as the Unified Field informs every manifest entity of the entirety of the cosmos in every moment, and every entity informs the entire cosmos of its localized presence via the Unified Field. This kind of reciprocal exchange is a primary feature of toroidal systems, wherein the individual is informed and influenced by its surrounding environment, and the surrounding environment is informed and influenced by the individual, in a continuous balanced rhythmic interchange.
​
"...a reciprocal relationship enables a qualitative relation between structure and background, in which each has the potential not only to "impact" the other, but to generate transformations in the nature of what each actually is... More broadly considered, the notion of reciprocal relation allows for nested, mutual influence even between macroscopic processes and those at the atomic level, indicating the complexity of the pathways through which the qualitative infinity of nature may manifest."
From The Essential David Bohm. 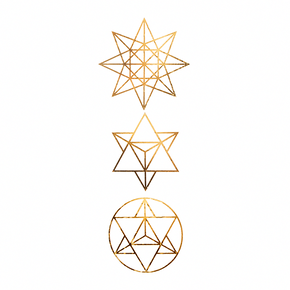 Unification and harmonization… this is the threshold of evolution we find ourselves at now at a new level of global dynamics and complexity. We have built systems of technologies, economies, governance, education, etc, that do not properly account for the features of healthy living systems. As such, they are reaching the end of their viability and are either going to collapse or become balanced and whole at a higher level or organization and coherence. The choice we have now — perhaps the only viable option — is to align these systems with what we now understand is the way the cosmos creates healthy and sustainable systems… cosmomimicry, as David McConville, president of the Buckminster Fuller Institute, coined it.
​
Fundamentally, what we are operating from is the principle and tangible effects of resonance. The Unified Field has an infinite potential of energy and creativity. It expresses this as physical and metaphysical phenomena — energy and consciousness — in a continuous and ever evolving flow. The most balanced, coherent, self-generating and self-sustaining form of dynamic flow is the torus. By creating technologies (for example, what are called free-energy devices) and systems that mimic this flow we engender a synchronizing resonance with the cosmic patterning of life and tap into a resource of energy and creativity that is abundant beyond measure. We can do this personally by learning how to become centered in and embody the torus flow dynamic of our own energy beings (which stabilizes and integrates our physical, mental, emotional and spiritual “bodies”. We can do this collectively by understanding that this same dynamic extends into the balanced flow of information and resources throughout local, regional and continental societies. And we can do this technologically by resonating with the fundamental structure of the Unified Field and setting up a harmonic flow form that taps its infinite energy potential in a clean, safe and balanced manner.

This is a glimpse into the powerful effect at all levels of our human, earthly and cosmic experience that applying the dynamic flow process of the torus and the features and principles of healthy living systems can bring into our world.

Copyright © 2021-2022 AngeliqueLarson.com - All Rights Reserved. All healing sessions coaching are fee based, however there is a love donation option for all services. Cosmic Divine Light Reiki Healing, Shamballa - The Light of Oneness, The Sacred Activations, services, classes and workshops I provide should not be used as a replacement for psychiatric or medical treatment. The information offered is for personal spiritual development purposes. To promote one's inner strength and healing from within, with empowerment tools and education. The information contained herein is spiritual and metaphysical in nature and should not be considered as a substitute for conventional medicine.